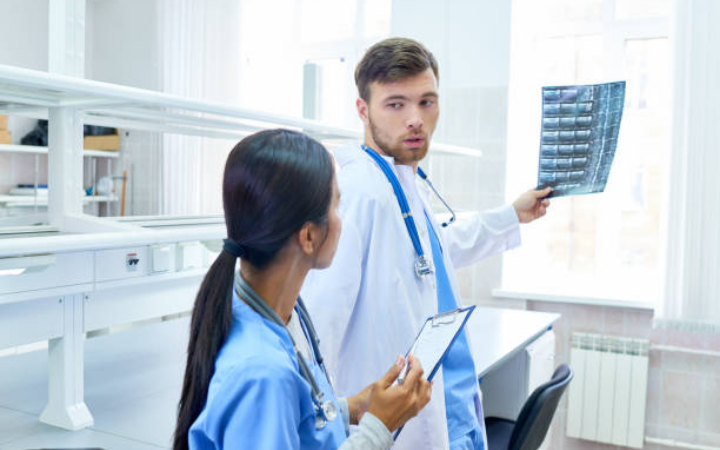 Penis enlargement is an important problem with the generations, as there are many men who feel uncomfortable with the size of their penis .

The problem is a very sensitive issue for them, their voice is not heard in public, but they can be found in various forums, asking questions, feeling sorry for themselves and looking for a cure for their pain and sharing.

One of the factors of the problem is his inability to estimate penis enlargement, as a man looks at his penis and examines it from above. Excessive obesity and excessive hair may give the penis a false appearance as if it appears small.

For example, in men who suffer from obesity, they have a layer of fat in the lower abdomen area, so the penis appears in a relaxed state as if it disappeared.

Weight loss and hair reduction in this case may provide a sufficient solution to those problems, for those who are interested in statistics, believe it or not, studies show different data and figures regarding the length and thickness of the penis.

Various studies indicate that most women prefer a thicker penis to a long one. The explanation for this is that a thicker penis leads to irritation of the clitoris, while a long penis reaches far but to a less irritating area.

Also, according to Dorit Mashouli, a psychiatrist and marital counselor for 30 years, these men need sex education, and psychological therapy, not physical therapy.

Where there are those who complain of premature ejaculation or the inability to have an erection and there are others who simply think that their penis is too small.

A group of researchers that analyzed the results of 12 studies that tested the penis sizes of more than 11,000 men found that the study’s findings point to an important finding: differences in race do not affect penis size.

Another study conducted among 50,000 heterosexual men and women showed that while 85% of women were satisfied with the size of their partner’s penis.

However, only 55 percent of men were satisfied with the size of their genitals and wanted to enlarge the penis, and she says that many men came to her with problems with their penis.

The study also found that penis enlargement is not related to any other organ in the body. Men with big feet, for example, don’t necessarily have a penis that is 20 centimeters long.

All methods for determining the external size – such as the size of the nose, legs, fingers, etc., are false beliefs that have nothing to do with reality.

The situation is similar here to what women do when they enlarge their breasts even though there is no physical problem. I have nothing against existing treatments and surgeries today for penis enlargement and thickening.

About 15 years ago, urologists in Germany tried to bring these surgeries to the market, but a few months later they announced at a urologists conference that they were completely giving up everything related to plastic surgery and penis enlargement.

They stated that this matter harms the performance of the penis and has no reason.

On the other hand, Dr. Nahum Silber, one of the leading urologists and surgeons, is against any treatment or surgery for penis enlargement.

Dr. Jacobi says: “I think in 95% of cases the penis is healthy and the problem is more psychological. But this can be improved and modified.

They take the skin without the outer layer and implant it under the skin of the penis.

This way they will slightly increase the thickness of the penis, 2-3mm. The problem is the long recovery time, and there can be various complications.

The fat is suctioned from the human body, generally from the abdominal area, and then the suctioned fat is injected into the penis in order to increase its thickness.

The problem is that after just over six months to a year, about 50% of the fat will be absorbed.

So they inject more than they really need, assuming some of it will be absorbed later.

It is the most common in the world, a device that lengthens and enlarges the penis in a simple way. This device works by running constant pressure along the length of the penis.

This tightening over time creates a reaction to the proliferation of cells in the tissues, the process that leads to penis enlargement.

It is necessary to use sessions for treatment with the Andro Pines device from half a year to a year for about five hours per day. Loose pants should be worn during treatment.

This treatment is the fastest to recover, in this way silicone is injected gradually and in small amounts in each treatment session.

Over time, around the silicone being injected into the penis, tissue gradually builds up, thus increasing the thickness of the penis.

The head of the penis cannot be enlarged, so in order to maintain proportion in the penis, they increase its thickness in an appropriate dose.

The injection significantly increases the thickness of the penis, about one cm. Treatment costs and duration: The cost of each treatment is rather high, and three to six sessions must be done.